Modern medicine has grown in the last two centuries beyond what most people could ever have imagined it would. In 1900 the mortality rate of post surgery patients was nearly 50% from sepsis alone. In a 2010 study of postoperative patient mortality rates, the largest of its kind, 3.7 million surgical procedures were reviewed. The study was inclusive of 102 hospitals in the Netherlands from 1991-2005. The overall mortality rate was 1.85% This marked death toll decrease is due largely to aseptic practices, including the use of sterile surgery gloves. This contrast emphasizes the importance of wearing gloves in the hospital.

The Importance Of Wearing Medical Gloves In The Hospital

Routine Exam: doctors use disposable gloves typically made of latex , nitrile rubber, or polyvinyl chloride during medical examinations to prevent the transmission of germs and diseases from one patient to another, and to themselves and staff.

Surgery: doctors use sterile gloves, typically UnPowdered, that are manufactured precisely to offer tighter fits and more sensitivity than standard gloves. These are ideal for performing surgical procedures. The gloves act as a barrier to cross-contamination between the surgeon and patient.

During the course of most people’s lives, they will find themselves or a loved one, in a hospital. Among all the machines, and advanced devices, some of the most important things you will find there to protect you are probably something you haven’t given a whole lot of thought to, gloves.

We’re all so used to seeing them, yet we never really give pause as to why they’re so prominent a fixture in our medical lives. It’s just a given, doctors and staff wearing gloves. They’re as natural and prosaic as the sky being blue. It’s something we have just come to expect. But it wasn’t always that way.

Modern operating rooms were very different from those of old, but so to were the items found within them.
• Sutures were made of silk and sold as single strands
• Needles used in operations were reusable and hand threaded.
• Unsterilized instruments.

German surgeon Gustav Neuber had adopted the practice of sterilization of the operating room. He was inspired by English surgeon Joseph Lister’s Antiseptic Principle of the Practice of Surgery. Neuber invented the autoclave to accomplish the sterilization, though this was not used widely in the majority of medical facilities till many years later. He built a hospital in which he insisted the walls, floors, and operating staff be washed in mercuric chloride. He implemented the use of sterile caps, gowns and shoe covers. He is considered to be a pioneer in the field of forward thinking medicine, and modern practices closely mirror his.

Hospital Procedures In The Early 1900’s!

In 1900, though rubber medical gloves had already been invented, their use was not commonplace. Surgeons would wash up, then perform procedures using their bare hands. As shocking as this seems, most doctors wore their street clothes and shoes in the operating room. They often wore an apron similar to what a butcher would wear, but that was for the protection of their clothing, not the patient. They wore no masks. Instruments were not sterilized. The sweepings from cotton mill floors were used as packing gauze.

The operating rooms of the time were far removed of those today. Nothing in them strived for germ protection for the patient or physician. They were overlarge rooms, usually multi-tiered amphitheaters. The operations were open to medical students as well as other spectators. The patient was placed on a raised table, or an elevated chair so that the observers could witness the procedures.

It’s not hard to imagine these procedures were less than ideal for preventing the spread of diseases and microbes. To make matters worse, when patients were brought in for emergent care, they were brought in by horse-drawn ambulance. Horse transportation was not exactly conducive to promoting sanitary conditions for the patient. Though motorized ambulances were introduced by 1899, some hospitals in New York still had stables for the ambulance horses nearly a two and a half decades later.

While operating theaters are now a thing of the past, a handful have been preserved in memorial to serve as a window into days gone by. Old Operating Theatre, located in London England circa 1822 has been transformed into a modern museum of surgical history. The Ether Dome, located in Boston Massachusetts,circa 1824, has been turned into a tourist hot spot and conference facility. One of the oldest surviving medicinal theaters was commissioned by anatomist Girolamo Fabrizio d’Acquapendente. It is circa 1594, located in the University of Padua, in Italy.

In 1758 , gloves made from the cecum of a sheep, covering only the fingers, were used by German gynecologist Johann Julius Walbaum. The doctor wore these to protect himself from infection, and some say to protect the patient from developing necrotic tissue.

Rubber gloves were used by pathologists and anatomists to conduct dissections in the early 1840’s. They wore them to protect themselves from infections. These gloves were hefty and thick and allowed for poor dexterity. In 1844 the Goodyear Rubber Company created vulcanized rubber. This new rubber fostered the development of a stretchier and thinner glove, which still maintained strength.

Johann Mikulicz-Radecki was a Polish-Austrian surgeon, born on May 16th 1850, in what is now present-day Chernivtsi in Ukraine. He is the one of the first surgeons credited with the use of rubber surgical gloves.

The Father Of American Surgery

In 1894 nearly half all all patients who underwent surgical procedures died of sepsis, largely because surgeons didn’t wash their hands between patients, or wear gloves, which caused crosscontamination. Disease and sickness were spread from one patient to the next. In fact, more people died from sepsis in those days than war.

These practices changed in large part because of the innovation of a doctor considered by many tobe the father of American surgery, William Stewart Halsted. He was born in New York City on September 23rd, 1850. In 1869 he graduated from Phillips Academy in Andover, Massachusetts. He continued his education at prestigious Yale and graduated in 1864. Following his graduation Dr. Halsted went on to New York Hospital to become a house physician. While there he introduced the hospital chart we are all familiar with today.

Halsted was a pioneer in what is known as aseptic surgery. Many of his practices and methods are still used today in modern operating rooms and procedures. The most notable of which perhaps is the use of gloves in surgery. Though he didn’t create the first surgical gloves, he did improve upon them, and he commissioned the creation of the first good surgical gloves.

J.M.T.Finney was an American surgeon Born in Natchez, Mississippi, June 20th 1863 during the Civil War. May 7th 1889 on the opening day of Johns Hopkins Hospital of Baltimore, Finney was appointed to the staff surgery by Dr. Halsted. He served as Halsted’s first assistant. He served at Johns Hopkins the rest of his life, and acquired a large private practice of his own.! He tended to four presidents and their families, Theodore Roosevelt, Harding, Wilson, and
Coolidge.!

This picture offers a rare inside view into Dr. William Halsted’s operating theater at Johns Hopkins Hospital in Baltimore Maryland. It was here within these chambers that surgical history was made.

The Woman Who Inspired Innovation 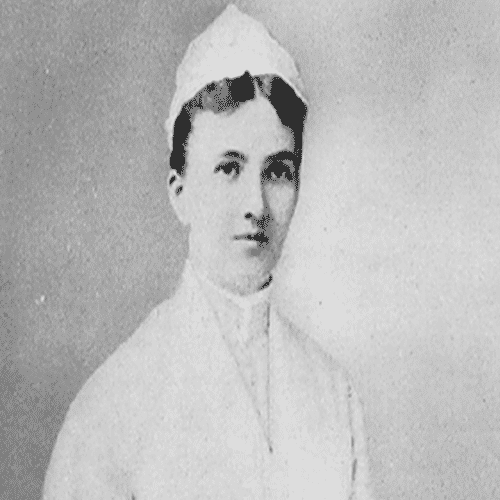 The story, and the person, who inspired the reinvention of the surgical glove is an interesting one. Caroline Hampton was a highly skilled nurse, and the motive force behind gloves being used in the
operating room. Caroline was born at Woodlands, in Columbia South Carolina on November 20th 1861.

She was born into a very prominent Southern family. Her uncle was Confederate General Wade Hampton III, who later became both a governor and senator in South Carolina. Sadly, Caroline was orphaned. In 1862 her mother Sally died of tuberculosis, followed by her father nine months later  Colonel Frank Hampton, who was killed in Battle of Brandy Station in Virginia June 9th, 1863. She was raised by her three aunts, the Hampton sisters, in a small house behind the remnants of the once grand plantation, known as Millwood that was burned by General Sherman in February 1865.

Caroline, against the express wishes of her family, enrolled in nursing school in 1885 in the city of New York, and she graduated from New York Hospital in 1888. She moved to Baltimore upon the opening of the Johns Hopkins Hospital in 1889, and became the chief operating room nurse by appointment of Dr. William Halsted. Her position at Johns Hopkins would forever change the landscape of surgery.

Medical Gloves Have Saved Us All

In 1889 shortly after Caroline was appointed chief nurse in Dr. Halsted’s operating room, she began to experience some very painful inflammatory contact dermatitis. The dermatitis was primarily affecting her hands, making it increasingly difficult to perform her duties as an operative nurse.
Upon examination, it was discovered that the reason for Caroline’s mystery rash was repeated prolonged exposure to mercuric chloride and phenol. Her skin had become hypersensitive to the chemicals, and the rash was the result.

While she did her best to cope, as a scrub nurse, she had no way to avoid contact with these harsh chemicals because they were used to spray down the instruments and patient’s wounds, the staff was required to scrub their hands in them to create a sterile surgical environment.
When Dr. Halsted was faced with the very real possibility of losing not just his head surgical nurse, but his fiancé as it turned out, he became proactive in finding a solution. In his own words:

The gloves were a great success, and soon everyone began wearing them, including Halsted protege and surgeon, Joseph Bloodgood. As one Halsted assistant put it: “Venus came to the aid of Aesculapius.” To all of us, it would seem as well. Thank you for exploring with us why and how modern gloves came to be. This days, most of doctors use Nitrile gloves during work. Author: Sagi Shiffer
He lives an active lifestyle and wearing gloves are part of his daily routine. This drive his passion for sports gear and accessories to share his ideas through this blog. He would like to educate readers about how important it is to take care of our hands. 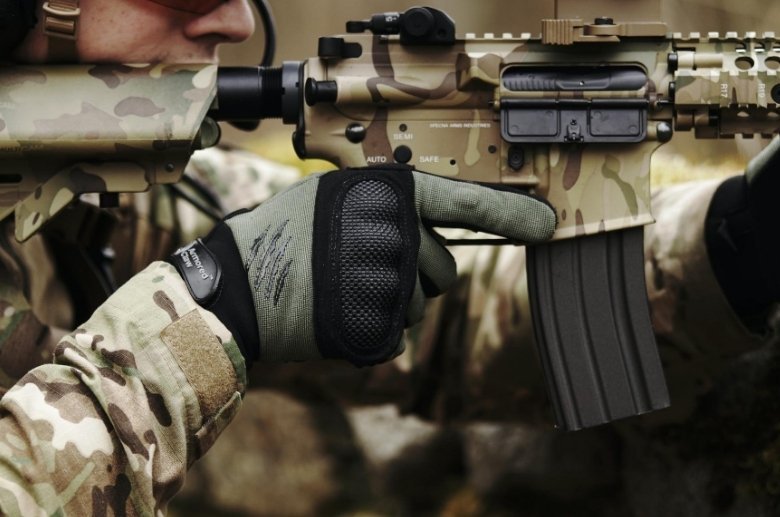 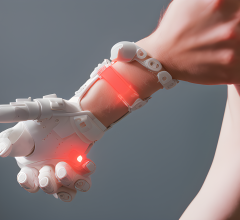 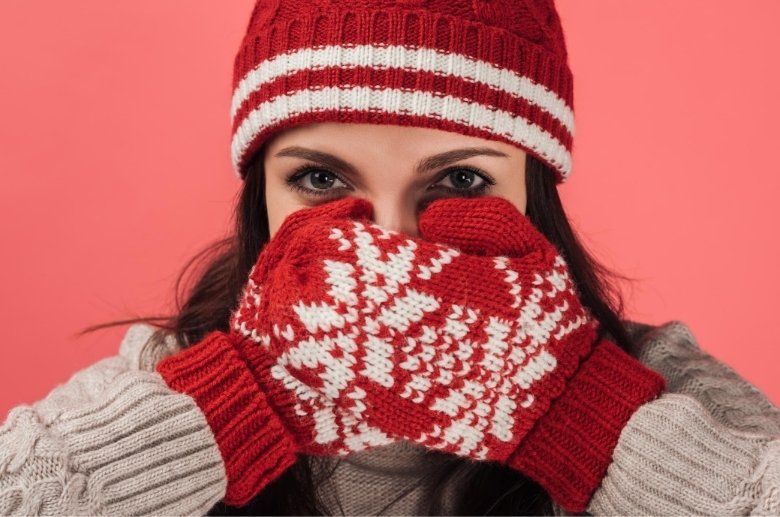 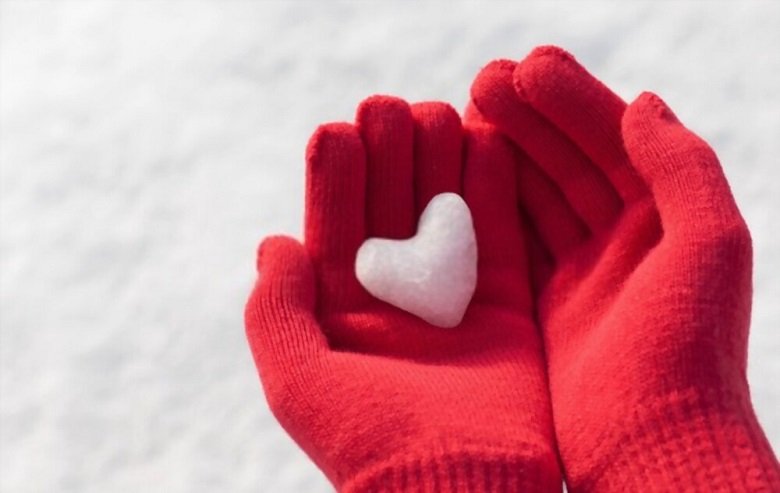 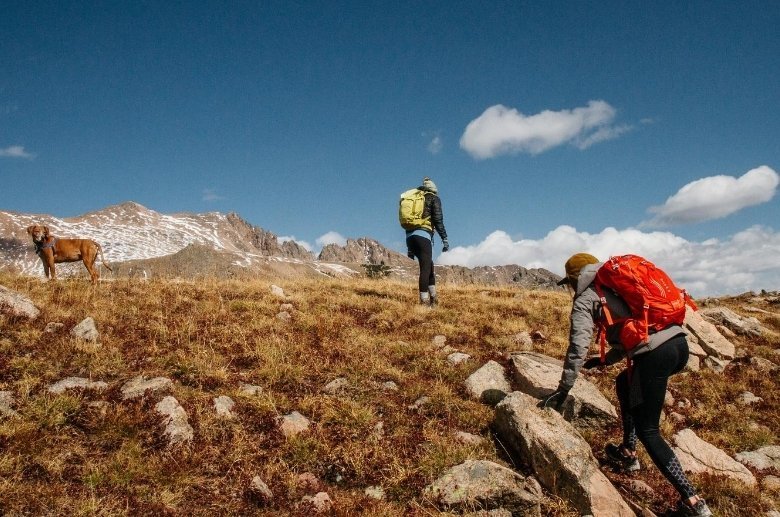 10 Best Hiking Gloves that are Waterproof

Copyright 2023 © by GLOVESMAG. All rights reserved.